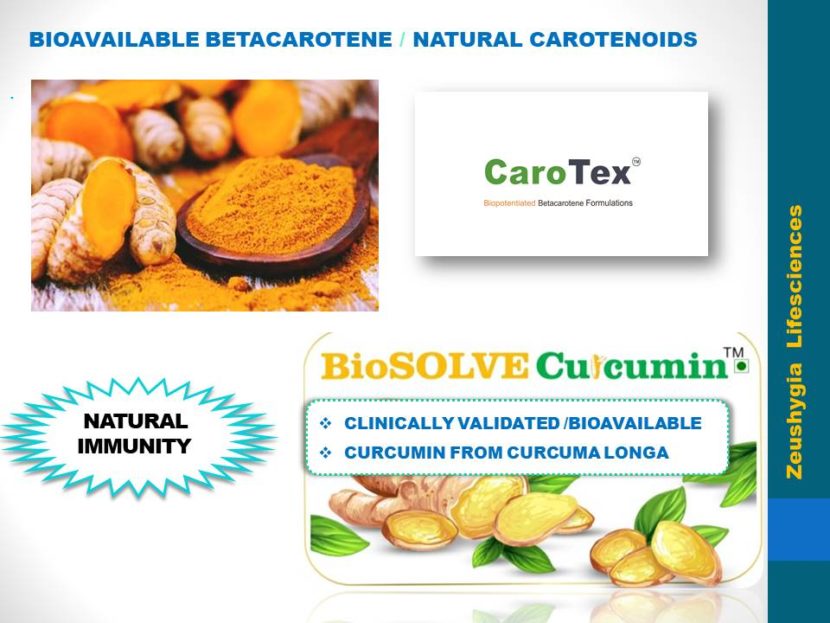 The #immunesystem is defined as a complex integrated network of cells, tissues, organs and soluble mediators, evolved to defend the organism against any foreign matter that threatens the integrity of the normal functions.

The #immune response has been generally classified as : innate and adaptive immunity. The first line of defense against non-self pathogens is the innate, or non-specific, immune response. The second line of defense against non-self pathogens is called adaptive immune response. Adaptive immunity is also referred to as acquired immunity or specific immunity and is only found in vertebrates. Innate immunity presents a stereotyped rapid response well before the evolution of antigen-specific responses provided by adaptive immunity. It is now apparent that curcumin could greatly affect both the innate and adaptive arms of #immunity through modulating immune cells’ function including neutrophils, macrophages, monocytes, natural killer cells (NK cells), dendritic cells (DCs), T cells, and B cells.

#Curcumin (Curcuma longa), a spice herb, member of the ginger family (Zingiberaceae) native to the Indian subcontinent, having more than two centuries old scientific history and has been used as a #traditional medicine with #antiinflammatory #immuneboosting proporties.

The #immunomodulatory abilities of curcumin arise from its interaction with various immunomodulators, including not only cellular components, such as dendritic cells, macrophages, and both B and T lymphocytes, but also molecular components involved in the inflammatory processes, such as cytokines and various transcription factors with their downstream signalling pathways.

However standard #curcumin 95 powder has got many limitations due to its poor pharmacokinetic/pharmacodynamic properties, its low solubility, its low efficacy etc are  a concern limiting the #therapeuticefficacy

Several pharmacokinetics studies over the past decades related to #absorption, distribution, metabolism and excretion of curcumin have confirmed its #poorabsorption and #rapid metabolism that severely curtails its #bioavailability.#biosolvecurcumin is a branded #clinically validated #curcumin manufacted by a patented technology from #zeushygia.The unique formulation technology of #biosolvecurcumin addresses the major limitations of #curcumin

#Betacarotene is the most abundant and most efficient #vitamin A precursor and a #natural #immuneboosting ingredient found in foods, among all other naturally occurring carotenoids.

Betacarotene is reported to have potent #antioxidant activity and #immuneboosting properties. #Carotex , scientifically backed #Biopotentiated beta carotene was formulated using a novel #BioFusion #technology, #patented by #ZeusHygia. This unique formulation technology has provided a beta-carotene product with rapid #solubility and superior #bioavailability. Beta carotene is a powerful #antioxidant which gets converted to #vitaminA in the body and helps protect against cancer, heart disease, macular degeneration and also has anti-ageing properties. Based on the studies conducted it was concluded that #CaroTex (Biopotentiated betacarotene) from #zeushygia was effective in enhancing the immune function of immunosuppressed rats since it has superior antioxidant and #biopotentiation properties which could inactivate the reactive oxygen species produced by pyrogallol.

For details reach  us at www.zeushygia.com

*These statements have not been evaluated by the FDA.This product is not intended to diagnose,treat,cure or prevent any disease,but rather a dietary supplement intended for nutritional support.

Zeus Hygia Lifesciences is a science driven nutraceutical research firm based in Hyderabad, India. Zeus Hygia is equipped to develop, manufacture and market innovative ingredients to nutraceutical, pharmaceutical, cosmeceutical and food industries across the globe.